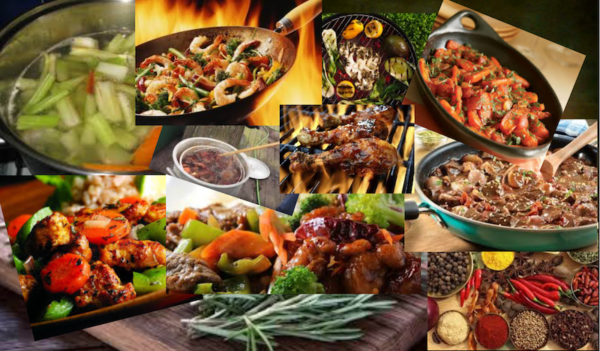 Just what we need, another blog entry telling us what to eat, when to eat, …. perhaps not…..

The original Greek, Diet – Diaitētikos, from diaita,  has an all encompassing meaning of A Way of Life.  It covered not only nutrition, as perceived today, but it entailed a much broader meaning. Diet can be seen as physical nutrition as well as mental nutrition and their associations with physical activity.  From the ancient Greek approach a balance between these was the goal, with nothing in excess.  Awareness of the healing qualities of food and proper mental balance abound and has been a stalwart of world cultures. Unfortunately this balance has become supplanted by “convenience/fast” nutrition in both the physical and mental sense.  We are a culture increasingly and seductively lured in through convenience of availability and lack of self preparation regardless of the resulting nutritional quality and value of foods or information.

For this entry concerning “Diet” I want to concentrate on the first of these, Physical Nutrition. What is consumed is as of much importance as to how it is prepared or presented. And, the method of preparation can negate the intended intent of the nutrition. 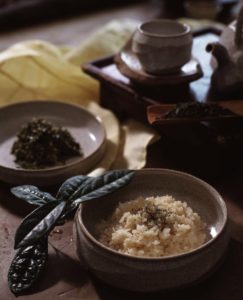 Many sources of physical and mental disease and injury can be traced back to our typical approaches to nutrition. Inadequate, or improper, nutrition and sporadic dieting coupled with daily stresses many times run afoul of our ability to cope with changes both internal and external to the body. Where Western Nutrition is centered around specific nutritional and chemical aspects of food (vitamins, carbohydrates, minerals, fats, proteins, etc.), Chinese Nutrition endeavors to balance the natures of food items. There are seemingly never ending blogs on the topics of Western and Chinese nutrition.  Each of them changing and redirecting our attention towards the most recent revelation of target research or perceived “superfood” status.

Regardless of the nutritional claims and the qualitative effects of food on the body, preparation is of high importance. Preparation methods are ubiquitous in the sense that it is not food specific but address how the quality of a food nutrition varies. I will be presenting the preparation approaches utilizing terminology associated with Chinese cooking specifically Yin and Yang.

Does not change the nature of a food, but foods become easier to digest when heated.

Supplies Yang energy to food.  Moderating variation is through using little or no oil such as in a wok – applies extreme heat for a brief period.  Seals the outside while retaining freshness inside. Balances and creates a surface Yang condition with an inside Yin condition in the foods.  Frying and Roasting should be avoided for internal heat symptoms. Excessive use of oils during preparation can result in damp heat due to taxing the Lv/GB

Changes the thermal nature of foods very little and is considered neutral.

Develop a very strong Yang effect due to direct contact with a heat source. Results in a strong warming effect especially for meats.  Should be avoided with all conditions presenting with hot symptoms. Has recently been shown to develop toxic substances in foods and should only be used in exceptional cases.

Supplies food with Yang energy but it is less than with grilling.  Smoked foods should be used sparingly especially in conjunction with excess salt.

Warming effect is determined b the amount of time cooking and the temperature. Valuable during colder months (meats, broths, and vegetable soups).

Long term boiling is not as common a method any more, but is effective for healing with respect to Chinese Medicine. Warming spices should be used when making vegetarians stews instead of long periods of cooking to increase the energy.

Boiling with late amounts of water disperses Yang energy of foods, especially vegetables and as such is not recommended.

Alcohol not only enhances food flavor but it also adds a warming element.  The nature of Yang is raising resulting in a pull of Yang upwards.  Alcohol dissolves stagnation, promotes qi/blood circulation, and dissipates cold.  Cooking with alcohol warms the center and upper burners of the Sanjiao.  During periods of emotional strain, dejection, resignation or sadness cooking wilt alcohol enhances the mood.

The use of cooling ingredients during cooking balances excessive Yang food stuffs (e.g. meats) and harmonizes a meal as a whole.

Braising with high quality oil at a lower temperature adds only a moderate amount of Yang energy.

Salting or Pickling in Brine

Salting/Brining has a cold thermal nature and reduces the Yang energy of foods through increasing the Yin energy.

Thermal nature of most spices is either hot or warm. As a result not only do they season foods, but they can have a strong effect on their energetic nature.  They supplement and warm the Stomach and Spleen explaining the digestive promoting effect of many spices.  The addition of warming spices to Yin vegetables supports in their digestion.  Highly seasoned foods strongly influence the body’s energy level and should be observed and reduced during inner excess or deficient heat conditions.  Sleep disturbance can be provoked by the consumption of acrid spices (garlic, onion, pepper, etc.).

Spices which raise Yang are recommended for vegetation diets to balance the cooling effect of the Yin foods.  Foods can be seasoned more strongly during cold months to address and prevent Yang deficiency.